I read in the newspaper yesterday that Buenos Aires Mayor Tellerman said that the rainstorm we received earlier this weekend dumped as much water on the city in one hour as it usually gets during the entire month of April. If that were not enough, see the current weather forecast: 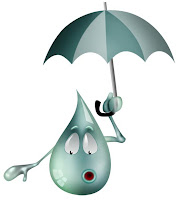 There were huge floods in the city. The mayor asked the city residents to stop littering (a problem here by North American standards) because the trash is clogging the storm drains and causing the street flooding.

I mentioned this before, but it is worth repeating: the windows in Argentina do not have screens. That is particularly important because the city continues to be invaded by mosquitoes--billions of mosquitoes. It was nearly 90 degrees yesterday, so the windows had to be opened in our no 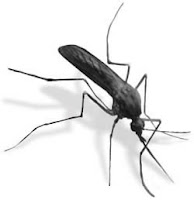 n-airconditioned apartment. As the evening cools, the mosquitoes enter before we can shut them out.

The TV news reported this morning that the mosquito problem is going to continue, por lo menos dos semanas mas. This is not the first mosquito prediction I have heard. Last month we were told to just wait until the weekend was over and the mosquitoes would be gone. But they are worse than ever.
Posted by Dr. K at Friday, April 20, 2007

KK I think you should write an entry entirely in spanish before you come back to the good 'ol US of A. I mean, I'm not going to understand it or anything, but it'd be a good tool to show your knowledge that you've acquired there. maybe you could add a translation entry as well.

I am totally rambling.

What's the deal with the absence of window screens? They don't use 'em in Greece either. (Not that I've ever seen.) Have you asked any one about why they don't use them?

About screens in Argentina...the newer alumninum windows have screens. The older steel windows were/are too awkward to have another sliding thing.